It’s almost here. I can feel it. The iPad is on it’s way and the masses of Apple enthusiasts will most certainly embrace yet another portable device. That is, if you live in the United States. For those of us who live outside the continental US (I’m two hours away from the Detroit border crossing) we won’t get access to the new hardware for another month.

For those of you who are expecting to run some fantastic applications on the iPad due to it’s larger screen, don’t be shocked when you find that the existing 150,000+ applications are quite small and merely centered on the screen. If you choose to expand the applications to fill the screen you will just get blocky pixelated versions of what used to look almost decent on a lower resolution.

Now this is all based on my experience with the iPad simulator so it may not be the final case when the iPads arrive, but I wouldn’t expect much more from an existing iPhone application unless it has been enhanced as a “Universal Binary”. Here’s a screenshot of Live Cams 3.6 running in the iPad simulator: 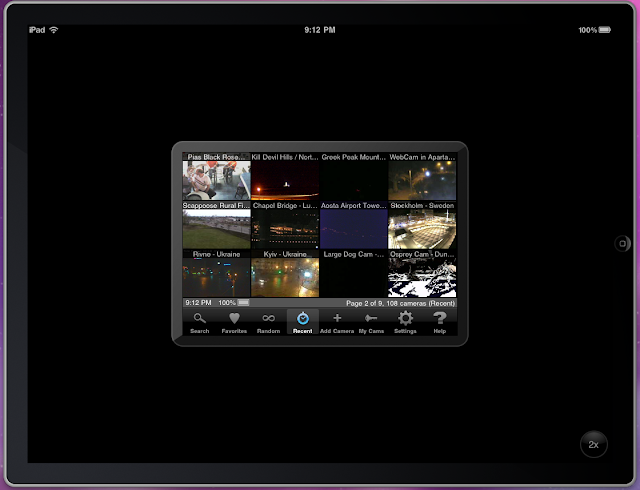 You can see the wasted space. Not too impressive. If you tap the “2x” button on the bottom right it will expand the app to fill the screen: 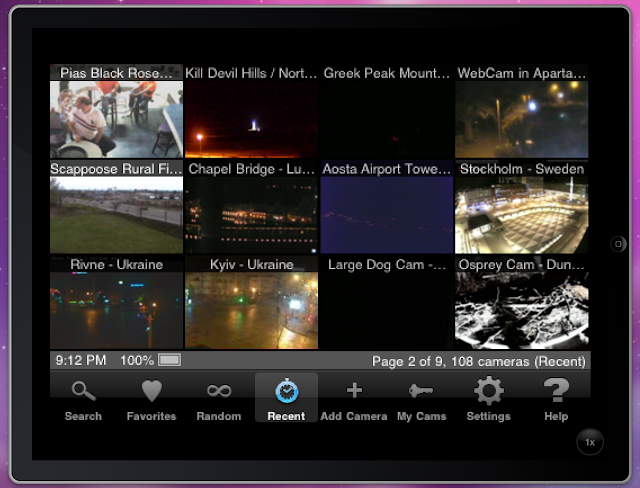 As you can see you may be disappointed with the quality of your current iPhone apps when they are launched on an iPad. I for one plan to port Live Cams to a new code base that takes advantage of the screen space for video resolution and for improved menu systems and prompts. Unfortunately I won’t release any software until I can finally get my hands on an iPad for testing for a few weeks. This means that Live Cams – Tablet Edition won’t be available until mid-late May.

For those of you who don’t mind spending a dollar or two you can buy the current release and run it on any iPhone, iPod Touch or iPad, but the features and quality will be identical on each one. You will need to purchase a new copy to get the iPad specific release when it becomes available.

I could have made a Universal Binary which would run on any device but the changes that I wish to make are so drastic that it would not make sense to turn the source code into spaghetti to make it happen. I prefer to offer a solid product for each platform. The other issue is that iPad apps must support portrait and landscape modes and they will require a base SDK of 3.2 in order to use some of the latest features available. One that catches my eye is the ability to share files from the iPad to your computer. This will make backups of the Live Cams database and your private cameras very easy!

I encourage everyone to post messages with their thoughts on our user forums.