I use MajicRank (by Majic Jungle) to monitor the ranks of my two apps and today I’ve reached a milestone with Live Cams HD that I had not yet achieved with Live Cams. There are 8 regions that are considered to be the largest markets for iDevices and today the HD version reached the top 100 in all 8 regions at the same time! 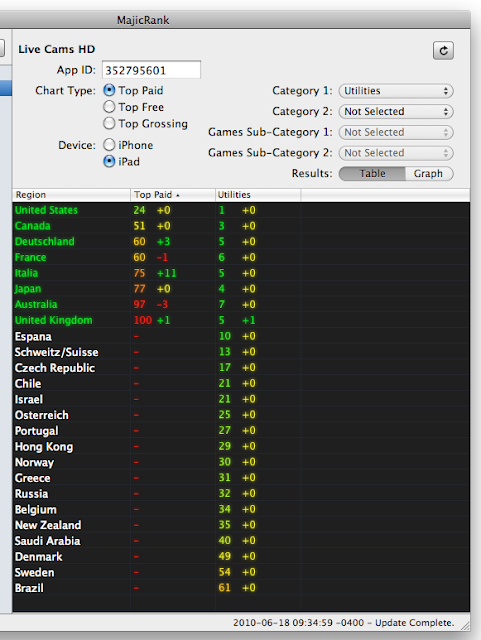 The iPad market is much smaller than the iPhone/iPod market but this is still nice to see. After being the #1 app for iPhone and iPod I’ve now got a personal goal of reaching the same spot with the iPad. I’m close in the US but I can’t see how the app will be more popular than the Apple apps that cost $10 each. We’ll see in the next few days!
Tweet Pin It